Teatro do Noroeste – Centro Dramático de Viana is the resident professional theatre company of the Teatro Municipal Sá de Miranda, in Viana do Castelo, founded in 1991, in the middle of the cultural decentralization dynamic in Portugal.

A founding institution of professional artistic creation in Alto Minho, it is a Collective Person of Public Utility and an Institution of Municipal Merit, it dynamises a regular cultural offer committed to artistic and professional excellence, accessibility and the development of audiences for the fruition and exercise of a true cultural democracy.

The dissemination of the repertoire of Portuguese and universal dramaturgy from all periods through contemporary creation and the crossing between local, national, Iberian-American and European creators are vectors of the work pursued in a challenging and participatory way, between professionals and audiences.

Each year it presents, on average, 5 new creations that cover all age groups and performs more than 100 performances per year, including re-performances, hosting and circulation of shows in national and international territory.

The Community Project and the Educational Service provide complementary initiatives of artistic participation and mediation to community initiative and/or school groups, in a regular and temporally sustained way, aiming at the affirmation of a dynamic regional theatre-pole oriented towards artistic creation, cultural programming, mediation and the development of audiences for the arts.

It counts with the financial support of the Ministry of Culture of the Portuguese Republic through the Sustained Support Programme 2018/2021 of the Directorate-General for the Arts; with the institutional and financial support of the Municipality of Viana do Castelo as Resident Company of Teatro Municipal Sá de Miranda; the sponsorships of the companies Crédito Agrícola – Caixa do Noroeste and DS Smith; of the network TEIA – Teatro Em Iniciativa Associativa; and with the support in partnership of a set of companies in the region of Viana do Castelo.

Where we came from…

Since its founding in 1991, Teatro do Noroeste – CDV has always developed a public service action to qualify the region’s cultural offer and develop audiences, promoting citizens’ access to the enjoyment of cultural goods, in accordance with the Constitution of the Portuguese Republic. “ 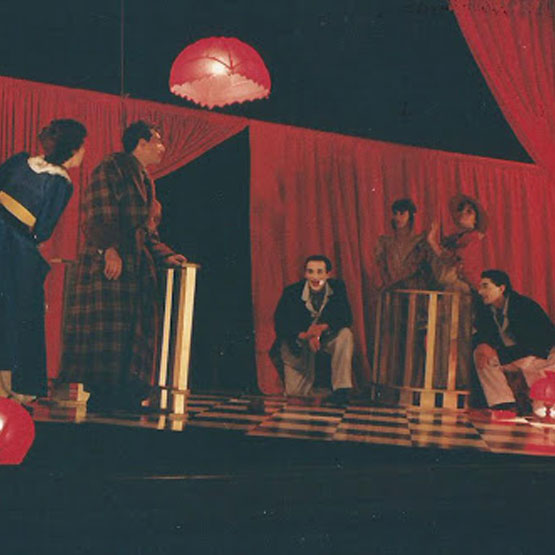 And what we’ve already done…

Teatro do Noroeste – CDV currently consecrates a line of artistic creation dedicated to the dissemination of the repertoire of all times, based on an integrated strategy of public development, in line with its fundamental performance matrices as a structure of professional artistic creation of greater longevity based in Alto Minho.