From September to June, on Tuesdays, from 6:30 pm to 8:00 pm, workshops dedicated to the playful practice of theater, led by actors from the Resident Cast.

The ATIVAsénior project was born in early 2012, with the opening of registrations for the beginning of a theater workshop with seniors. Motivated by the desire to actively participate in the process of personal enrichment that theater can provide in a privileged way, a group of people from different quarters responded positively to this challenge and since then, ATIVAsénior has not stopped growing. Since 2012 the ATIVAsénior regular workshop has been promoting weekly sessions.

Like the ATIVAsénior project and as a result of workshops developed, Teatro do Noroeste – CDV created in September 2014 ATIVAJúnior, aimed at the youngest, with the purpose of continuing to deepen the artistic and cultural connection between the company and the community.

The programming of this Theater Workshop includes the preparation of teenagers, aged 12 to 18 years, for theatrical practice and enjoyment. Theatrical practice with teenagers involves making and presenting, as well as the formation of children and adolescents. Since 2014, alongside the school calendar, the regular ATIVAjunior workshop has been promoting weekly sessions.

The Enquanto Navegávanos – Theater Workshop of Former ENVC Workers was born as a natural consequence of the show “Enquanto Navegávamos”, in the 2014-2015 season, following the dynamics raised by the creative process, after which, the group held weekly meetings, participating in several community shows presented by Teatro do Noroeste – CDV and currently working as a theater workshop of the Community Project of Teatro do Noroeste – CDV. Since 2015 the regular workshop Enquanto Navegávamos – Theater Workshop of Former ENVC Workers, promotes weekly sessions.

ATIVAtodos – Theater Workshop from 18 to 60

After ATIVAsénior in 2012 and ATIVAjunior in 2014, ATIVAtodos was born. The Workshop was born in response to the demand of all those who did not match the parameters of the other workshops. Thus, Teatro do Noroeste – CDV creates in 2020 a group that integrates people from 18 to 60 years old, with the purpose of deepening the artistic and cultural connection between the company and the community. The regular ATIVAtodos workshop will have weekly sessions.

Want to know more? Talk to us 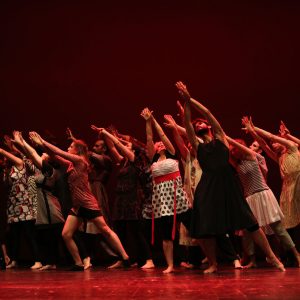 The 7th edition of the Summer School for Actors, takes place between 20 and 29 July 2021, at Teatro Municipal Sá de Miranda, in Viana do Castelo. 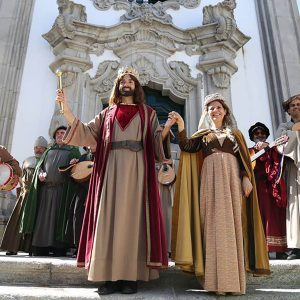