The 7th edition of the Escola de Verão para Atores 2021, with the theme Tchekhov na Melancolia Moderna will take place from July 20 to 29, 2021, at Teatro Municipal Sá de Miranda.

The Escola de Verão para Atores 2021 is an intensive training aimed at professional actors and drama students that takes place in the middle of the Teatro Municipal Sá de Miranda, in Viana do Castelo, provides 9 days of training in open residence.

There are 10 places for participants and 25 for assistants, who follow the sessions from the audience. 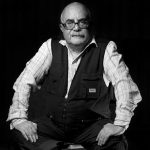 Guillermo was born in Madrid in 1952. He has a degree in Acting from the Royal School of Dramatic Art and Dance. Actor, Director of Grupo Tábano (1974 – 1983) and Director of the National Centre for New Scenic Trends (1983 – 1993). He has combined these activities with more than fifty participations in professional shows as actor and playwright. Author of various theoretical books and several dramatic works.
He was Technical Secretary of Iberescena between 2009 and 2019.
He is currently director of the Spanish Theatre Showcase of Contemporary Authors and President of the Asociación de Directores de Escena de España.
He received the National Theatre Award in 1994 and the Lorca Theatre Award in 1997.
He has been artistic consultant for Teatro do Noroeste – CDV since 2015.

Ricardo Pais, born in Leiria, is a Portuguese actor and director. Between 1968 and 1971, he attended the Drama Centre London, where he obtained the Director’s Course Diploma. He was a teacher at the Escola Superior de Cinema de Lisboa (1975-83); coordinator of the project Área Urbana – Núcleo de Ação Cultural de Viseu (from 1985); Director of the Teatro Nacional D. Maria II (1989-90); and commissioner for Coimbra – Capital do Teatro (1992-93). He took over the direction of TNSJ between 1996 and 2009, with a two year break. His career includes over fifty theatre shows and scenic creations, in which he has crossed literature, singing, electronics, dance, radio theatre, video projections, magic and performance art. 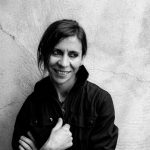 Choreographer, performer, programmer and trainer. She was born in Porto and is  currtently a member of the direction of Balleteatro, of which she was a founder. She studied theatre and completed a degree in theatre at the Escola Superior Artística do Porto. She received the Almada prize (1999), awarded to the Balleteatro as a distinction for the work done on the programming level. She teaches at the Balleteatro, at the Escola Superior Artística do Porto and at the Escola Profissional de Musica de Espinho, and is an invited trainer in other institutions. She was awarded the 1st prize Giros – festival de Artes. In 2008 she launched her first book, “Quando é que chegamos?”, specially directed to children. Since November 2010 she is artistic director of Teatro de Marionetas do Porto. 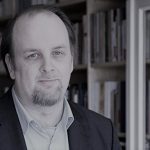 Pedro Mexia was born in Lisbon in 1972. He graduated in Law from Universidade Católica. He is a literary critic and chronicler, consultant of President of the Republic for the cultural area, and integrates the Shadow Government. He was sub-director and interim director of the Cinemateca Portuguesa – Cinema Museum. He directs the poetry collection of Tinta-da-china and co-directs the literary magazine Granta em Língua Portuguesa.
He has published six books of poetry, anthologised in Menos por Menos (2011), followed by Uma Vez Que Tudo se Perdeu (2015) and Poemas Escolhidos (2018). He has edited the volumes of diaries Fora do Mundo (2004), Prova de Vida (2007), Estado Civil (2009), Lei Seca (2014) and Malparado (2017), and the collections of chronicles Primeira Pessoa (2006), Nada de Melancolia (2008), As Vidas dos Outros (2010), O Mundo dos Vivos (2012), Cinemateca (2013), Biblioteca (2015) and Lá Fora (2018, Grande Prémio de Crónica APE). In Brazil, he published the books Queria mais é que choesse (chronicles, 2015) and Contratempo (poetry, 2016).
He has organised a volume of essays by Agustina Bessa-Luís, Contemplação Carinhosa da Angústia; the anthology Verbo: Deus como Interrogação na Poesia Portuguesa [with José Tolentino Mendonça]; and O Homem Fatal, selected chronicles by Nelson Rodrigues. He has translated Robert Bresson, Tom Stoppard, Hugo Williams, Martin Crimp and David Mamet. In 2015 and 2016 he was on the jury for the Camões Prize. 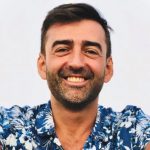 He teaches Voice at the Escola Superior de Teatro e Cinema and Voice and Elocution Technique at the Universidade Lusófona de Humanidades e Tecnologias. He has a master’s degree in Music Teaching (specialising in the teaching of Singing) from the School of Arts of the Catholic University of Porto, a degree in Political Science (International Relations) from ULHT, a post-graduate degree in Musical Theatre from the Royal Academy of Music (London), a post-graduate degree in Opera and Music-Theatre Studies from ESMAE, and a superior course in Singing from the Lisbon Higher School of Music. He holds a PhD in Musical Arts – Musical Dramaturgy and Staging – at the FCSH of Universidade Nova de Lisboa.
From 2002 to 2009, he was resident assistant director and artistic director at Teatro Nacional São João. He is responsible for the functions of resident teacher of Voice and Elocution, in the same institution, from 2002 to the present date. He is part of the ESMAE teaching staff, since 2003, in the capacity of Voice/Music and Text teacher of the Theatre course.

In March 2015 he was invited by the BBC Orchestra to stage a concert version of the opera The Bluebeard’s Castle, at the Barbican Centre, in London. 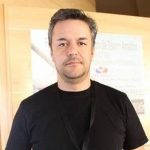 Viana do Castelo, 1979. Graduated in Artistic and Cultural Management by the Polytechnic Institute of Viana do Castelo. He made his professional debut as an actor in 1997 and has participated in more than sixty theatrical creations of various national companies and projects. Between 1997 and 1999, and from 2006 to date, he also performed functions as production and direction assistant, editor and manager of multimedia contents and communication manager. Currently, in addition to being an editor, playwright and director, he is the artistic director of Teatro do Noroeste – Centro Dramático de Viana. 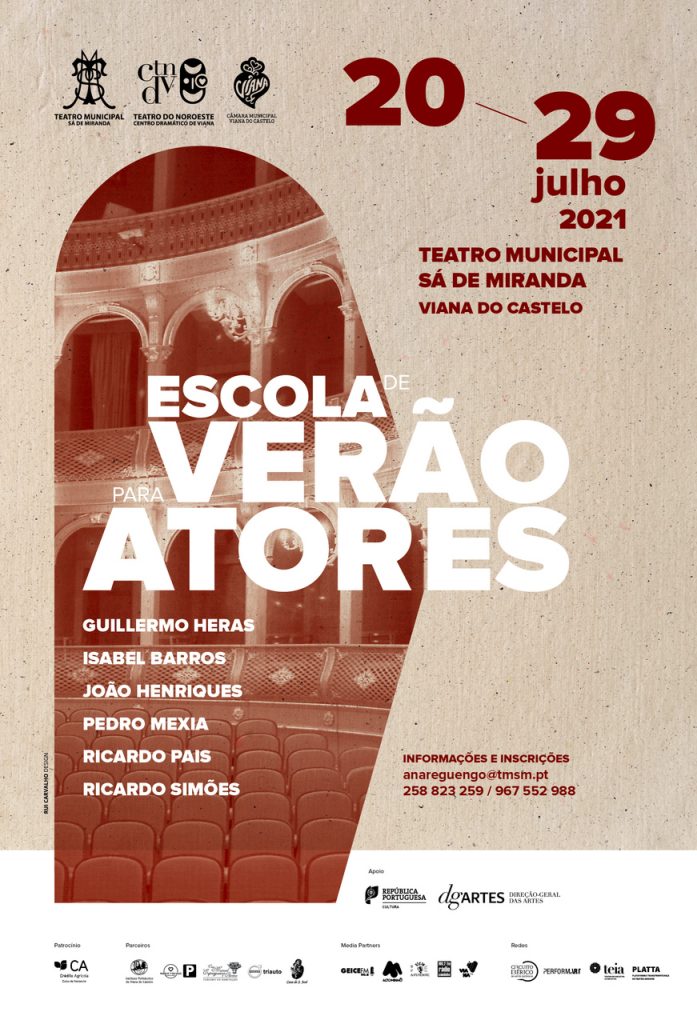 The Centro Social e Paroquial de Santa Maria Maior is only about 300 metres from the Teatro Municipal Sá de Miranda. It is an IPSS that maintains an activity filed with the Polytechnic Institute of Viana do Castelo for the reception and residence of students of the ERASMUS Program.

The rooms have a private toilet. There is a communal kitchen that allows light meals to be made. The CSPSMM also has wireless internet. 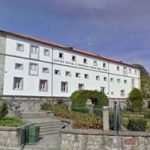 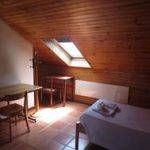 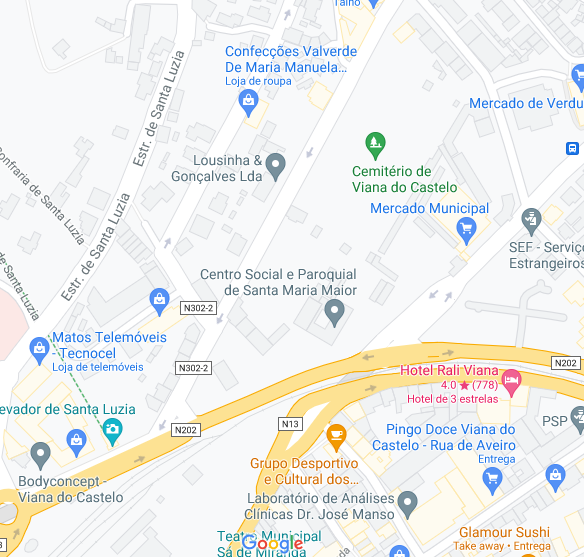 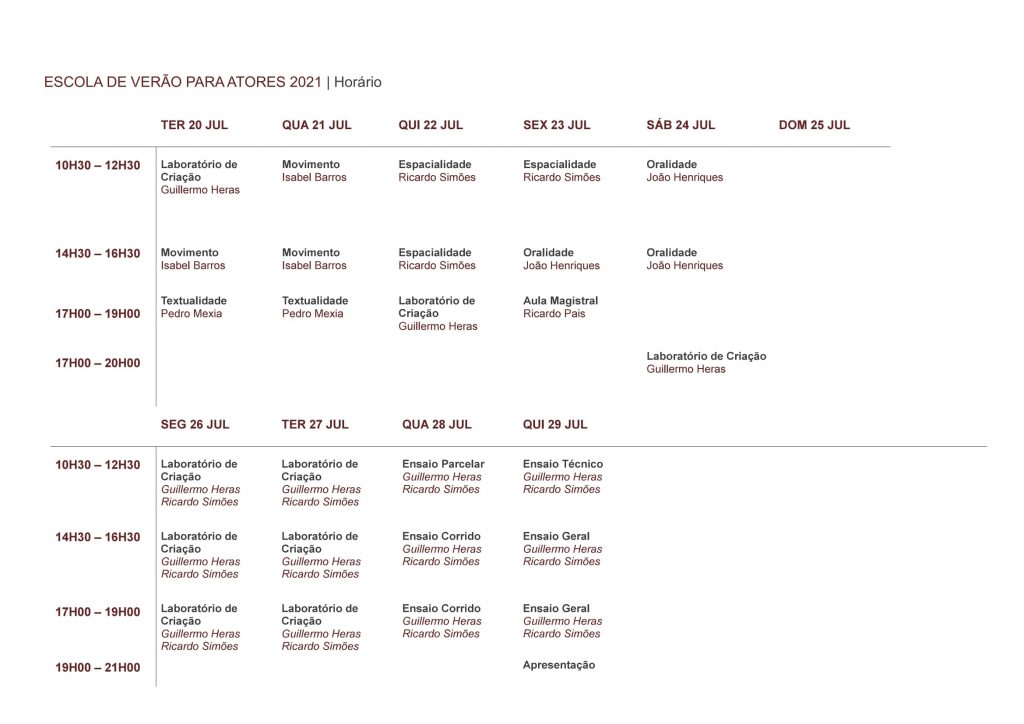